Why Your Allergies Are Bugging You

If you’re thinking, “This is the worst allergy season ever,” you are correct! 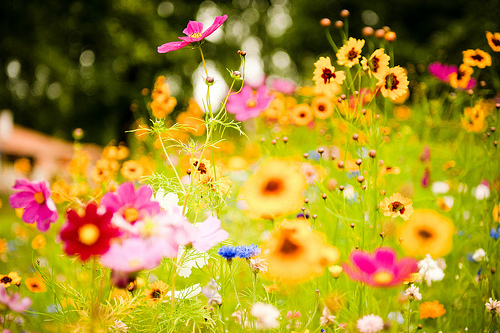 “Pollen levels are increasing, pollen seasons are getting longer, and more people are developing allergies,” says Estelle Levetin, Ph.D., chairwoman of the aerobiology committee for the American Academy of Allergy, Asthma & Immunology.

In fact, it is estimated that this year’s fall allergies will most likely last up to 27 days longer than average in  the northernmost parts of the country. So why is this happening?

1. The seasons are longer

2. There’s more pollen than ever

Increasing amounts of carbon dioxide in the atmosphere kick-start pollen production and boosts the amount each plant produces as well. Pollen is even more potent than ever, containing more allergen.

The number of Americans with allergies has grown to be 2-5 times higher than thirty years ago. Because we are too clean (exposed to less dirt and bacteria), our bodies overreact to harmless substances like pollen. At the same time, pollution is worse than ever, which can also trigger allergies.

However, the good news is that treatment options for allergies are a lot more efficient than they used to be. Strong mixes of non-sedating antihistamines, eyedrops and steroid sprays help target today’s increased symptoms. Yet, getting re-acquainted with nature– by skipping hand sanitizer and eating whole, fresh foods– may be the true defense against nature itself.

Coming Up: Disability Insurance Awareness Month »
« Scientists discovered 1,000 genes that may be involved in autism