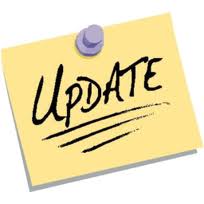 The part of the Affordable Care Act (ACA or health care reform law) with the biggest impact – the individual mandate – is getting a lot of attention lately. Under the law and regulation as written, people who buy health insurance as individuals (an individual plan) can go three months without health insurance and not have to pay the individual mandate penalty. Now that individual market open enrollment goes until March 31, 2014, coverage can start as late as May 1. Due to the inoperability of the online exchange, someone who buys insurance in the last 45 days of open enrollment still would have ended up paying part of the penalty. Because of this change to the regulation this week, this will no longer be the case in 2014. As long as people buying individual plans are signed up for insurance by March 31, 2014, they will not get hit with the penalty.

The Centers for Medicare and Medicaid Services put out guidance on October 28 that gives more information on the “hardship exemptions” for the individual mandate penalty. The Department of Health and Human Services is putting such an exemption in place for people who sign up for insurance before the open enrollment period ends on March 31, 2014. Without this exemption, individuals would have had to be covered by health insurance by March 31, meaning they would have had to sign up for it by February 15, 2014. Now, people who have signed up by March 31 will be able to claim a “hardship exemption” (without asking for it from the marketplace) on their taxes and not pay the penalty for the months in 2014 that they did not have health insurance.

A regulation with more detail should be released very soon. Click below to download a document with the latest information.